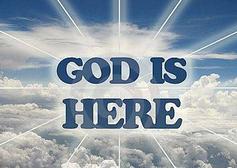 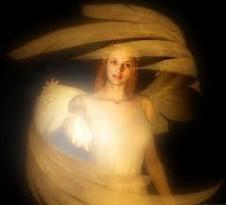 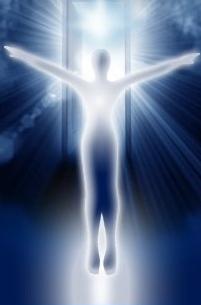 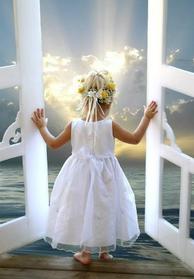 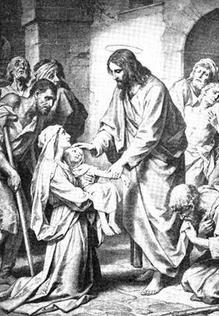 A Seminar/Workshop for Everyone From The Finding Freedom Series

"My people perish because of lack of knowledge." (Hosea 4:6)

Honestly, I have to say, that this question caused me to search out what it truly means to find deliverance from God.  I have witnessed many people be prayed over in countless churches over the years, have witnessed 'exorcisms', and have seen people in the moment be set free of evil spirits, only to return back to them a few weeks to a month later, which caused their situation to get even worse.  I have seen Christians face cancer, accidents, blindness, deafness, and all kinds of mental, emotional and physical afflictions.  Why?  I would ask.  How can this be?  They are believers in Jesus Christ.  They go to church.  They even speak in tongues.  How come they don't heal?

"When the unclean spirit is gone out of a man, he walks through dry places, seeking rest, and finds none. Then he said, I will return into my house from where I came out; and when he is come, he finds it empty, swept, and garnished. Then goes he, and takes with himself seven other spirits more wicked than himself, and they enter in and dwell there: and the last state of that man is worse than the first.  Even so shall it be also to this wicked generation." (Matthew 12:43-45)

After having my eyes opened to the reality of spiritual legal ground, while going through my own emotional and physical challenges, I realized the reason why many do not heal, even after much prayer, laying on of hands, and other believers taking authority and casting out demons in various deliverance sessions and exorcisms, are two reasons; generational curses and, unconfessed/unrepentant sin in their life.  This gives Satan the spiritual legal right to torment these people with all sorts of afflictions.

"Confess your faults (sins) one to another, and pray one for another, that you may be healed. The effectual fervent prayer of a righteous man avails much." (James 5:16)

But what if someone believes that Jesus Christ is their personal savior, but they are blinded to what exactly 'sin' is in their lives?  So many believers think that it's just the outward sins that holds them in bondage, but what about the inward sins of the heart?  Scripture tells us that:  “The heart is deceitful above all things, And desperately wicked; Who can know it?" (Jeremiah 17:9)

The seven principalities that every human on earth must contend with in order to live free of demonic oppression, depression and even possession are:

1) the accusing spirit; 2) bitterness; 3) self bitterness; 4) jealousy and envy; 5) rejection; 6) fear;  and 7) the occult & pharmakia.  These become principalities and spiritual strongholds, because they are satan's personality, not God's.  However, when repentance and forgiveness is there, deliverance from the demonic strongholds, i.e., assignments and curses are broken, and the results are permanent healing.

When a believer has an illness, they go for prayer, others lay hands on them, pray for them, asking God to heal them.  But that person and even those who minister prayer to them, never 'connects the dots' to the cause of their illness which is sin (missing the mark of God's laws, i.e., transgressions and iniquities) which is often coupled with unconfessed sin, this includes generational sins and the curses attached to them.  Secondly, a lack of repentance.  Repentance is rarely preached in today's churches anymore.  Instead, there are feel good messages, i.e., spiritual candy sermons, and what my pastor calls, the preaching of 'cheap grace'.

Repentance is the most repetitive theme in the Bible.  Everyone of God's prophets including Christ Himself, emphasized the need for people to repent towards God and turn away from their various sinful mindsets, habits and lifestyles.  The Israelites were told over and over again, 'if' they repented, God would heal them and restore them and their land.  However, if not, then God would take His protection off of them and give them up to their enemies.  While this is the recurring theme of the ancient history of the Israelites, not much has changed today.  What we know, is that repentance restores God's favor and protection. Rabbi Jonathan Cahn, writes in his bestseller book, The Harbinger, that the reason for 9/11 was that America turned away from God, and only repentance can bring back His protection, grace and blessing, which he asserts parallels ancient Israel.

While this theme will be repeated in many ways throughout each seminar, which will cover legal ground, along with what the Lord says in Hosea 4:6, "my people perish because of lack of knowledge."  We will present this life giving knowledge that saves, delivers and heals permanently while exploring all the reasons why people do not receive the healing they seek and desire.  Deliverance brings healing.  Find out based on the Biblical Foundations of Freedom, how to achieve the Lord's Will for your Body, Mind and Soul, which is, "to set the captives free."  Find out what you can do, to release the Lord's hands of deliverance in your life and his favor over every aspect of your life and descendants.